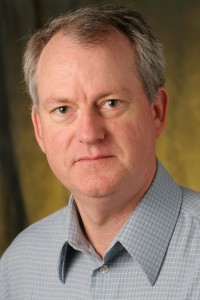 Dr Andrew Field MB, BS(Hons), FRCPA, FIAC, Diploma of Cytopathology (RCPA), received his medical degree from the University of New South Wales, Sydney in 1977. He completed his anatomical pathology training in 1985 and gained the FIAC in 1990. He obtained the Royal College of Pathologists of Australasia Diploma of Cytopathology in 1996. His major area of interest is cytopathology and particularly fine needle aspiration biopsy cytopathology, along with breast, infectious disease and gastrointestinal surgical pathology.

Dr. Field is the Director of the Anatomical Pathology Department at St Vincent’s Hospital, Sydney, and conjoint Professor at the University of New South Wales and Adjunct Professor at the Notre Dame University Medical Schools. He is currently the President of the International Academy of Cytology and a foundation member of African Strategies for Advancing Pathology, an organization that aims to advocate for and co-ordinate improvements in pathology services throughout Africa.

He has committed his career to fostering the development of cytopathology in the developing world. Since 2007, with the assistance of local organizers, he has run and taught at twenty-two four day long FNAB cytopathology tutorials in sub Saharan Africa and five tutorials in South East Asia with Dr. William Geddie of Toronto and Dr. Matthew Zarka from the Mayo Clinic, as well as other colleagues including Dr. Martha Pitman from MGH in Boston. He has been a faculty member of nine IAC tutorials around the globe, and an invited speaker at numerous international meetings.

He has published more than 74 articles, nineteen book chapters and three textbooks, including ‘Lymph Node and Spleen Cytohistology’ with Dr William Geddie, Toronto, ‘Practical Cytopathology: a Diagnostic Approach to FNAB Cytopathology’ with Dr Matthew Zarka, Mayo Clinic Scottsdale, and the ‘IAC Yokohama System for Reporting Breast FNAB Cytopathology’ as a co-editor with Dr Wendy Raymond, Adelaide, and Professor Fernando Schmitt, Porto. He has had a long interest in the establishment of international standardized reporting in FNAB cytology and has contributed to the Papanicolaou Society Pancreatico-Biliary guidelines, the Milan system for reporting FNAC of Salivary Gland, and the IAC Yokohama System for breast FNAB reporting.